How To Tackle Common Behaviour Problems

The solution to most behaviour problems in dogs is simple and IF you adhere to the following. The principle is simple- dogs repeat behaviours that are reinforced. That means that if your puppy or adult dog behaves in a certain way (that is undesirable to you), by say barking at you through the back door (when he’s outside and you’re inside), jumping up at people, or dragging you down the street on walks, all you have to do is identify what’s rewarding the unwanted behaviour. Then once you identify the reinforcer, remove it and instead reward a more appropriate behaviour such as being quiet in the case of the barking dog, sitting for the exuberant greeter, and walking on a loose leash in the case of the persistent puller.

The reinforcer is usually easy to identify. For instance, if you have a dog that barks when you put him in the garden and you usually let him in, if the barking stops as soon as he rushes in, by letting him in, you’ve rewarded him for barking, but also this has identified his barking as a way to get the desired outcome (which is letting him back in). If you want him to be quiet outside, you’ll have to ignore his barking—which means you should probably only put him outside when you know your neighbors will not be disturbed by the noise—and then wait until he’s quiet before you let him in or reward him in some other manner. One of the things you could do here is to  teach an alternative behaviour such as ringing a bell or how to open a door (be careful with this one, you may regret it) see short video & instructions below. It is important to recognise that behaviours such as these- the reason they happen, is because they work. Personally, in this kind of situation, a dog barking to come in would be acceptable to me. However, barking might have become a problem in other areas and it is important to work out why he is doing this, is this his general response class topography for all desired outcomes?

There are often other reasons a dog will bark. For example, if your dog barks when people come to the house, it could be that he is frightened of new people. The way you might approach this would be different to barking for attention. In the latter example, if he is scared, shouting “NO” at him will have no use to help his fear. Shouting or telling him off does not help to increase his repertoire of behaviour and actually the intention of this is probably to decrease it.  So, to help him in this situation you might want to teach him a safe place, so that when people come over, he can use that to show that he wants to increase distance between him and the offending person and you can use lots of reinforcement (treats, toys etc) to help him learn positive associations in these situations.

Likewise, if your dog greets you by jumping and continues jumping on you every day even though you yell at him and push him away, then yelling and pushing away—which are both forms of attention—are actually reinforcing the behavior (the behaviour is being maintained by access to attention in fact jumping up is usually for this reason). You’ll have to stand silently and completely stationary, like a pole or a tree, so the message that you’re ignoring him and being completely non-interactive with him is clear. Wait until he offers a sit on his own and then pet or praise him—whichever his reaction tells you he wants—but only as long as he remains seated.

Of course the case of the persistent puller is the same. If your dog drags you down the block on leash, he’s doing so because it gets him there—wherever the end of the leash goes—faster than waiting for you. To change the behaviour you’ll have to stop dead in your tracks every time he even gets close to reaching the end of the lead. Then walk forward briskly only when he, on his own, steps back towards you so he’s on a loose leash. The key is to make the consequence black and white. Stop abruptly when his front feet get ahead of yours because that means in a second or too he’s going to be at the end of the leash and pulling. Then speed forward immediately when he steps back such that the leash hangs in a loose loop and he looks at you. Better yet, even wait until he sits and looks at you before you walk on.

Notice that, as with the sit for greetings case above, we don’t tell him what we want using commands. We let the dog figure out how the world operates on their own.  Dogs care about our actions, not our words. So by focusing on our actions instead of blurting out words for our dog to ignore, we communicate in a manner that makes the message clear.

In the cases described above, training will go about a million times faster if you first take a few minutes to train the behaviour you do want, such as sit quietly when you want attention or sit and look at me when you want something such as to be petted or to walk forward on leash. That way when the unruly behaviour of barking or jumping for attention and pulling on leash to get somewhere faster doesn’t work, then your dog will be able to think of an alternate behaviour that you might want and if he has plenty of history with reinforced behaviours in his repertoire you are on to a winner!

This probably all sounds so simple. But there’s some bad news and some good news. Here’s the bad news. First, you have to be extremely consistent or you may make the bad behaviour even worse. Now the good news: you’ve probably already been inconsistent so the behavior’s not likely to get worse once you consciously try to make a change.

How can inconsistency make the behaviour worse? When animals first learn a behavior it’s easiest for them to learn if they get rewarded every time they perform it. Once they know the behavior well you can strengthen it by putting it on a variable, intermittent schedule of reinforcement where you reward the correct behavior sometimes but not others (only after the new behaviour has been mastered will you start to thin a schedule, sometimes not at all). This puts an element of gamble into the game. Now, your dog knows he’ll get a reward when he gives you the desired behaviour. He just doesn’t know which time or how long it will take, so now when he doesn’t get his way right away, he tries harder or longer or waits for his next opportunity.  So, for instance, let’s say you decide to lock him in the garden and wait his barking out but sometimes you just aren’t patient enough to wait it out, So sometimes after 5-10 minutes you finally let him in. Whereas in the past he may have given up after just several minutes of barking, now he knows that sometimes if he tries harder and barks louder, you’ll eventually let him in. Now if you want to break the cycle, you have to wait for even longer periods of time. This is not ethical for him and can be quite stressful for all involved. You are better off teaching an alternative behaviour (such as a getting him to ring a bell ring or opening the door himself). Remember, if you are not on hand, he will likely go back to barking so be careful with this one.

This factor probably means you will have to spend more time working it into your training plan but luckily, when you are consistent, you can change many of the behaviours practically overnight. Most importantly, you must get everyone in the household on the same page, so that you make a concerted effort. Once your plan is in place and you avoid rewarding the bad behavior and only reward the good behavior every single time, you’ll be amazed at how quickly the good behavior becomes his new habit.

If you have a pull door, you can use the same technique, but with a tie rope or tug toy. You will be playing a game of tug and then shaping the stronger tugs & the harder pulls. Then you can tie the tug rope to the door and shape the harder pulls until he is opening the door. 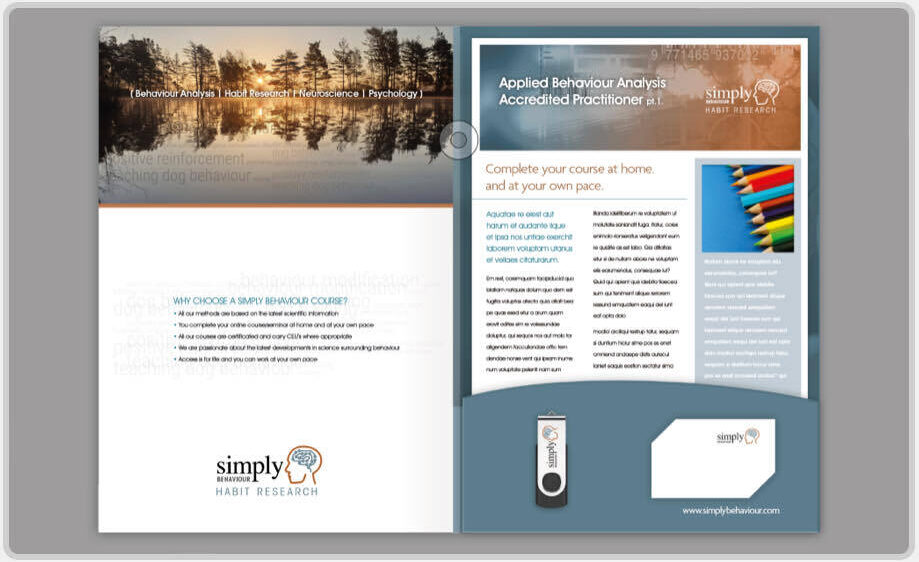