The Brain Behaviour Research Council has many membership benefits. One of which is a meet the speaker event each month to hear the latest research on particular areas related to the brain and behaviour. As a masters student in ABA (applied behaviour analysis) it is pertinent to review such research and its relationship to ASD. Although,  ABA is seen by many as a “treatment” for autism, it is not. It is a technology which looks at helping organisms with socially significant target behaviours to learn and attain skills to help with specific environmental arrangements. ABA applies the same technology (through its practice) in teaching neurotypical humans and animals about how to interact with various aspects of their environment from technology to attaining mastery on a range of skills. Whilst the majority of studies in the Journal Of Applied Behaviour Analysis (JABA)  focus on human animals we must not forget that most of the work carried out by Skinner et al, was with animals. We use animal models (listed below) in order to create suitable treatable models and if successful we can then use this to “treat” humans. Here we give an overview of the neurological, genetic, biological, environmental and their associated potential factors related to the causes and treatments of autism.

Dr Matthew State is part of the autism gene sequencing consortium. He works in child and adolescent psychiatric research looking at the genetic contributions of an organisms pathophysiological mechanisms. This is the beginning of a road in brain development and is providing us with some novel avenues for treatment.

ASD is categorised by several factors with varying degrees. There is often impaired reciprocal social interaction and communication, along with restrictive and repetitive behaviours. It is a lifelong condition, often involving language/communication challenges. There are various somatic or physical difficulties that go along with this condition.

1-2% ( about 1 in 60)  of population are thought to have a diagnosis of ASD. The symptoms become apparent in first month and they are typically life long. It tends to run in families. This would imply that there is some consequence of genetics. It is also shown that there are various environmental and (epigenetic) factors. There is not one single gene or a single change in a gene that can be found.

The systematic identification of autism genes and the current treatment pathways are limited. Medications target  behaviours that go along with ASD but not the core social features. Scientists are just at beginning stages of identifying the molecular cues. They are using gene discovery as a way to get a piece of string in order to pull on it and unravel the causes.

3 billion bits of info in human genome made up of the base pairing of nucleotides or nucleic acids which are the backbone of the DNA (deoxyribonucleic acid). However, we still do not know what genes are involved.  We are only looking at a tiny fraction of the genome (about 1%) as we are still unsure of what the rest of the genome does. We are only looking at a tiny fraction or a single bit of information- it is a needle in haystack, compared to how complex the entire system is. There are over 100 trillion connections in the human brain. The genetics being the most simple part. Traversing the 3 billion individual bits of info and how they can help us understand ways to develop novel treatments involves great team effort and sharing of information.

The mass data sharing has shown that new mutations  or “denovo” plays a role in autism. This was a lucky break. 1 mutation per generation! By looking to see what is different there are very small numbers of observations and the differences are magnified.

Denovo mutations. He built a collection of information using families with 1 affected offspring and everyone else was questioned or given a clinical battery for autism. There could not be another 1st degree relative with mutation otherwise this would look like genetic lightning. Any variation in the children were compared to the mother and father.

The new mutation in affected individual was compared with the control eg affected and unaffected. There was a sample of 3000 families (2010) looked at high resolution changes in chromosome structure.

Looking for new structural changes was investigated by Sanders et al 2011. They looked at chromosome number 7 and found an extra section of this chromosome 25 genes of the 21,000 were implicated here.

They were interested to see what the duplication looked like or the effect of loss of the same section of chromosome 7. They became very interested in William’s syndrome which has a behavioural phenotype and the changes in gene sequence in this chromosome lead to a profound impact on reciprocal interaction. That is, in Williams, they have a high degree of intensity surrounding the need to interact with other people in a reciprocal manner. It would seem that small change in the genome has a profound impact on human social behaviour. 25 out of the 21000 genes have been shown to be a reliable predictor of social behaviour.

If there is an excess of denovo mutations in autism they kill the letter code which affects how gene turns into protein (Sanders, Wilsey, Dong et al). In 2014 they looked at 9 genes and so far 51 others have been reported.

It has been found that 20% of cases are contributed to by new mutations. This is a minority but a way to help lead us to biological explanations. Although, mutations are rare, they have large biological effects so, are very important!

Mutations of this type are found to come from the father (single letter mutations) and the risks increase with age. There are 400-1000 genes which contribute to ASD. Some of these genes increase epilepsy, schizophrenia or intellectual disability, but not ASD.

Genes mutations that are implicated in ASD typically code for a number of proteins. The most prominently researched ones are those for synapses, growth neurons and there is a high degree of specificity of neuronal behaviour related to these alterations.

Many research papers are in agreement. We need to look at each gene 1 at a time and figure out what is going wrong, this is best carried out using mouse models. If they converge on social disability then there must be something.

What do these genes do, are there any cellular processes? Genes involved in gene regulation and chromosome structure which contributes to chromatin modification and the genes involved- Epigenetic/Environmental factors? This area is a statistically over represented. State and Sestan 2012 “instead of asking what the genes are doing, can we begin to determine when and where groups of mutations are having their effect”?.

How genes are turned on and off (Willsey et al 2013).  During the developmental time period it is possible to make a road map to track development. This way you can roll the tape forward to see if the activity converged at any point in development. They found a network of genes much more closely related in their activity and they started to identify other related genes and points of convergence in the cerebral cortex for a subset of the layers that build the cortex. These are represented in a layer by layer brain region at the time of development.

Dr Crawley PhD UC Davis school of medicine identified mouse models to look at the effect of various pharmacological interventions which could help with the treatment of ASD. It is thought that the increase in diagnosed cases is (number is greater than 1%) due to an improved diagnostic criteria. There was only a textbook definition for about 20 years. Even though some stories still prevail about its link, there is zero evidence for its link to vaccinations.

4:1 ratio boys to girls meaning boys are 4 times more likely to have a diagnosis of ASD than females. This implies that there are sex linked (XY chromosomes) chromosomal associated genes. Chromosome deletions and duplications including 15q (deleted region of chromosome which is implicated in ASD) and other X linked mutations.

Crawley used various mouse models with similar genetic mutations. These display features which are relevant to the behavioural phenotypes. The skill here is to not anthropomorphize.  Using these behavioural assays has been vital to test the developmental trajectory and identification of biological mechanisms and then to the testing of therapeutic interventions. Using genetic variations, translational tools, behaviour tests and environmental manipulations (paternal age autoantibody and environmental toxins)

inbred strain spent same amount of time with novel object than novel mouse. Therefore, failed sociability test. Mouse social communication occurs through- olfactory phermones, vocalisations (measured social odours), ultrasonic vocalisations (mouse sniffs urine of another mouse) are emitted in response to social cues. Normal B6 mice vocalise BTBR ones do not. This is a marker of vocal arena. The shank3 mutation gave the same results. Experiments were set-up to monitor motor stereotypies, repetitive behaviours & insistence on sameness. This involved locating an escape platform and changing a maze route which was reversed. The BTBR Shank3 mutated mice spent extended periods of time involved in self grooming behaviour.

It is never too late for interventions at the synaptic level. Treatment efficacy is carried out using mouse models. It was assumed to be too late once a child was born and about 2,3,4 or 5 years old. Many of these mutations were in synaptic genes encoding for many of the proteins at the synaptic level. It might not be too late for intervention because synapses are forming all of the time. In fact, they are forming right now as you are reading this! We have drugs that work through synaptic mechanism. Pharmacological targets for neurodevelopmental disorders. Many genetic mutations in ASD impair the functions of synapses in the brain.

There are many drugs and compounds that work throughout this entire system. They work through all of these receptors, on levels and downstream signalling pathways (MAPK etc) to help replace, inhibit or enhance or affect the downstream pathways.

Too much glutamatergic activity is related to seizures (excitatory neurotransmitter). Excess glutamate has many mouse models had they all have excess glutamate. Not enough GABA inhibition or even an imbalance could be treated with drugs working through these mechanisms. E.g. The mGluR5 receptor negative allosteric modulator (Silverman 2012) paper used BTBR GRN-529 reduces self grooming behaviour in 3 independent cohort studies. They ruled out sedation effects in the C58/J strain using the GRN-529.

Companies are very risk averse about entering the autism space. Therefore, the development of autism therapeutics need to develop the already available compounds. The PACT consortium (Pre-clinical Autism Consortium for Therapeutics) is supported by Autism Speaks. They use and compare mice with rats and usage of physiological markers and EEG behavioural markers. The risk needs to be reduced and effective pharmacological treatments for the diagnostic symptoms of ASD. This involves choosing compelling mouse models, selecting relevant phenotyping assays and an investigation of the hypothesis driven pharmacological target partnerships with companies.

Behavioural interventions using applied behaviour analysis (ABA) are the current standard of care for the treatment of multiple symptoms of autism. Early behaviour interventions have been very useful for individuals with ASD. Systematic investigations using multiple pharma targets using the behavioural & biological phenotypes of genetic mouse models is providing us with a reason to be cautiously optimistic.  This will help us to discover effective medical treatments which will increase the value of the combined behavioural interventions alongside medical treatments for ASD. 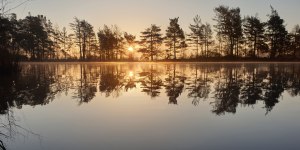 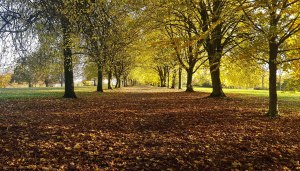 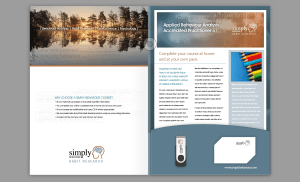 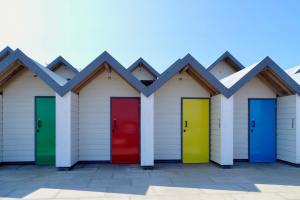